Magnetic Stripes On Credit Cards May Be Phased Out Soon 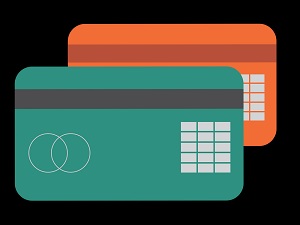 The magnetic stripe on the back of credit and debit cards has been a standard feature for as long as most people can remember. MasterCard recently made a rather surprising announcement concerning those stripes and are planning to phase them out of most markets beginning in 2024.

The process will take quite some time to complete and the company doesn’t expect to have the magnetic stripes fully phased out until 2033. The magnetic stripe is surprisingly old technology. It was developed in the 1960s by IBM.

Time and technology have advanced and the magnetic stripe and card swipe is no longer the preferred payment method. Recent surveys show that only 11 percent of the consuming public preferred the swipe methodology to chip based cards. That number plunges to just 9 percent when the people being surveyed have experience with totally contact-less payment systems.

The company’s plan represents the best of both worlds. The tide of consumer attitude is shifting away from the magnetic stripe so MasterCard will be giving today’s consumers what they want by making the switch.

In addition to that, the magnetic stripe is no longer “best in class” in terms of payment execution. By phasing them out the company is positioning itself to be better able to focus on more modern and robust payment options.

Change can be difficult. This is one of those rare instances where it really isn’t. Kudos to MasterCard for taking the another important step down the road of modernizing its payment processing infrastructure.