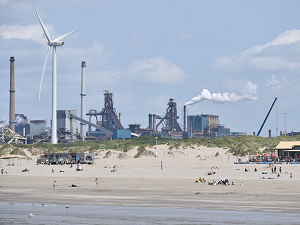 The vulnerability of Industrial Control Systems has been getting a lot of press in recent months. That’s a good thing because most people don’t spend much time thinking or worrying about such systems. Unfortunately they are among the most vulnerable systems of all.

Industrial Control Systems haven’t really changed all that much in the past decade or two. The protocols they use are fairly rudimentary by today’s standards. It’s no surprise that they are a fair bit more vulnerable than more modern and robust systems.

They’ve dubbed the set of flaws “Infra:Halt”. As that name suggests these exploits can bring broad swaths of the nation’s infrastructure to a screeching halt. That is if hackers make use of the exploits and most security experts agree is just a matter of time.

Forescout wrote extensively about each of the fourteen exploits on a recent blog post.

Daniel dos Santos (research manager at Forescout) had this to say about the risks:

“When you’re dealing with operational technology, crashing devices and crashing systems is something that can have various serious consequences. There are also remote code execution possibilities in these vulnerabilities, which would allow the attacker to take control of a device, and not just crash it but make it behave in a way that it’s not intended to or use it to pivot within the network.”

This is a serious threat indeed. Fortunately patches that address many of the vulnerabilities are currently available.

If your business is in any way connected to the sale or maintenance of Industrial Control Systems the researchers urge immediate upgrades. Upgrades will patch the currently known vulnerabilities in order to minimize risk.