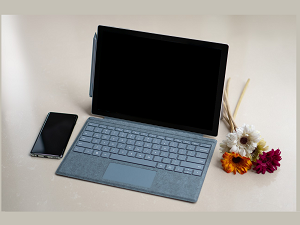 If you run Windows 10, version 2004, you may have noticed some unusual shenanigans going on where your system’s monitor is concerned. If you’re using a tablet or laptop, with a display that’s built into the machine itself, it may flicker periodically. If you’re using a desktop PC with a standalone monitor external to the CPU, then when you activate the drawing function in certain applications (Word, Whiteboard, or others) the screen may go dark.

Sometimes, the effect is only temporary and sometimes, it just stays off until you reboot, which exits the program in question. In either case though, after you experience the issue, if you go to your Device Manager page, you’ll see that your graphics card has been flagged as having issues.

It’s not your graphics card, it’s Windows, and although the issue only impacts a small percentage of the OS’s massive user base, it has been an infuriating issue indeed. If it’s something you’ve been pulling your hair out over, there’s good news; it has been resolved and the fix is in!

Actually, it was addressed with little fanfare during October’s non-security preview cumulative update, KB4577063. However, the company only updated the advisory concerning this bug in particular on October 28th, so until quite recently, few people were aware that it had been resolved.

As mentioned, while the display issues associated with the drawing apps only impacted a small percentage of the user base, for those users, it was essentially paralyzing. Kudos to Microsoft for getting it right, and if you rely on the drawing function to get your job done, you are now officially back in business.