Watch Out for Fake YouTube Channels Asking For Bitcoin 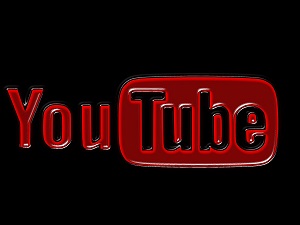 A group of highly organized scammers have commandeered a pair of Youtube channels and renamed them to “SpaceX Live” and “SpaceX” in order to capitalize on the popularity of Elon Musk and his SpaceX company. SpaceX made headlines recently with their manned launch out of Florida. Over the course of just two days, the scammers were able to collect nearly $150,000 in bitcoins.

Here’s how the scam works:

It’s fairly common knowledge that Elon Musk is a fan of cryptocurrency, and the group, impersonating Musk, uses the pirated channels to promise managed investments. You send them a small amount of bitcoin, and they promise spectacular investment returns.

Once taken over, the two channels were loaded with recorded videos of Elon Musk found elsewhere. Taken together, the two channels have nearly half a million subscribers. While that’s a far cry from the more than four million subscribers that the official SpaceX channel boasts, it’s certainly large enough to be significant. The scammers’ efforts have been wildly successful.

Fortunately, this scam is easy to avoid. Simply don’t buy into the hype. If you’re going to purchase any type of cryptocurrency, do it through a legitimate exchange.

Even so, that’s sometimes easier said than done. Some people get caught up in the excitement, and in a moment, will be drawn by the lure of easy returns and get careless. If you can avoid that, you can avoid the scam.

Given the success the group has had, we’re almost certain to see copycat efforts going forward. Just be mindful of where you are on the web, stay alert, don’t get drawn in by the hype, and you should be fine. Unfortunately, there has been no word from Google yet on when the two channels will be deactivated, and as of the writing of this piece, both are still active.