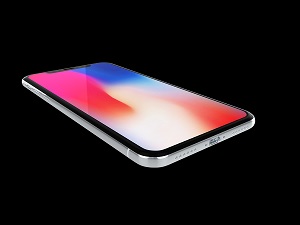 Not long ago, security researcher Brian Krebs discovered an issue with the iPhone 11. It contains a chip dubbed U1, which functions on UWB (Ultra Wide Band). Due to international regulatory requirements, the U1 chip has to disable itself at certain locations, which means that the phone has to periodically check for a user’s location, even if you have that functionality turned off on your phone.

Recently, Apple released iOS 13.3.1, which contains a number of bug fixes. They include a fix that allows you to disable the periodic location checks being performed by the U1 Chip.

Apple has stated that they don’t do anything more with the location data than verify that you’re not in an area where the U1 chip has to be disabled. However, giant tech companies have made such claims before. Too often, it has come out later that the supposedly responsible company wound up selling or otherwise misusing the data in question, so it’s hardly a surprise that Apple has received backlash about this.

Given Apple’s history of responsiveness, it’s also not much of a surprise that they moved quickly to assuage the fears of their legions of users.

As of the latest update, if you don’t want your phone to be performing those location checks, just go to Settings  Privacy  Location Services  And System Services.

There, you’ll find a toggle switch labeled Networking & Wireless with the location services symbol next to it. Toggle the switch off and that icon disappears. That’s all there is to it.

Of course, iOS 13.3.1 contains many more fixes than just that, so be sure to check out Apple’s release notes so you can properly prioritize installing the latest update. Kudos to Apple for their rapid response on the location services issue.