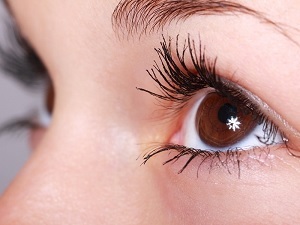 Microsoft is continuing to push quietly into new frontiers on the accessibility front.  Their most recent effort?  The release of four free “Eyes First” games that people who have speech and mobility-related disabilities can play using nothing but eye movements. The new quartet of Windows 10 games, Maze, Double Up, Match Two, and a Tile Slide puzzle were all developed by Microsoft Research.

The company sees it as a perfect win-win scenario.  People with the aforementioned disabilities get four fun games they can play. The company gets the opportunity to study, assess, and improve the technologies to  open the door to new eye tracking technologies in the future. It’s also a good proof of concept that Microsoft hopes will drive developer interest in creating new games that make use of the APIs.  In fact, the company is counting on it and has even created a Gaze Interaction Library on their site.

If you’re interested in testing the technology out for yourself, the first thing you’ll need is a compatible eye tracker.  Once you’ve got one, you’ll need to enable the “Eye Control” feature under the “Ease of Access” section of your system’s settings. From there, it’s a simple matter of downloading and installing the games you want to play and getting to it!  Of course, while all four games were designed with eye tracking in mind, it’s also possible to play them via mouse or touchscreen controls.

It’s an exciting new technology being put to fun, playful use for testing.  Kudos to Microsoft!