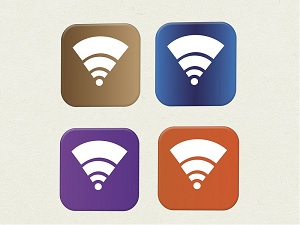 If you haven’t already installed the 1903 Windows 10 update released in May, be advised.

When you install it, you’ll start seeing warning popup boxes any time you connect to a WiFi network that is using TKIP (Temporal Key Integrity Protocol) or WEP (Wired Equivalent Privacy) to encrypt and secure those connections.

The particulars of the message the popup box contains will vary depending on the situation, but in general, you’ll see one of two things. Either you will get a recommendation to upgrade your connection to a more modern WiFi authentication protocol (like WPA3 if you’re on a home network) or you’ll get a recommendation to disconnect from the WiFi connection and use something more secure if you’re away from home.

In tandem with this change, the company announced that their long term plan is to remove support for the two older protocols altogether, although no specific timeframe for that move was given. tThe company simply said that in some future release, any connection to WiFi networks that utilized these old ciphers would simply be disallowed.

On balance, this is a good move and a smart decision.  The various security issues surrounding WEP and TKIP have been known for years, and better connection options are now widely available.  Upgrading your equipment on this front is probably something you’ve already done, and if you haven’t yet, it’s well past time.

Start making plans now so you’re not caught off guard when Microsoft sends them off into the sunset and stops allowing those types of connections to be made at all.  The last thing you want is to find yourself in a situation where your business comes to a sudden, grinding halt just because you’re using an older WiFi security protocol, especially when it’s so easy to avoid.