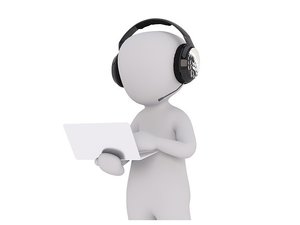 Microsoft hasn’t been terribly impressive lately when it comes to Windows 10 updates.  In fact, it’s fair to say that they’ve been a complete mess.  Just recently, they’ve issued updates that have deleted user files and caused crashes after creating incompatibilities with keyboard drivers. Now, (courtesy of the most recent Windows 10 update), many users are reporting that they’ve got no sound due to corrupted or incompatible audio drivers.

The company has made hasty corrections to their previously botched updates and patches, but as yet, there has been no official word from the company about a fix for the audio driver issue. The legions of Windows 10 users aren’t happy about it, and are taking to social media to express their displeasure.

All over Reddit and Twitter, dissatisfied Windows 10 users are up in arms about the string of shoddy updates that have created more problems than they have solved.

Since Microsoft hasn’t released a fix for the latest debacle, the company’s massive user base has begun investigating and have come up with a workaround.

In a nutshell, if you’ve installed the latest Windows 10 update and lost your audio as a result, go into your device manager and look for an audio driver that has “SST” as part of the name.  If you find one on the list, right click that device and select “Update Driver.”  Once the driver has been updated (which may require a system restart), your audio functionality should be restored.

As mentioned at the start, this isn’t the first time the company has issued a botched update, and the problems only appear to be getting worse over time.  It seems clear at this point that Microsoft doesn’t have enough support staff to identify and prioritize bugs reported by their army of beta testers.  Until that changes, we can expect issues like this to continue.