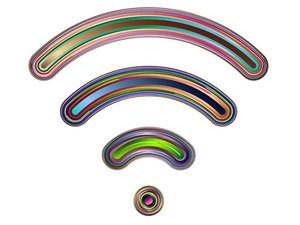 Most people don’t know what the latest version of WiFi is called. That’s the fault of the Wi-Fi Alliance, the group that manages the implementation of WiFi. Since their earliest days, the group has insisted on a highly unconventional version numbering scheme.

All that is changing, however.  The next version of WiFi will simply be known as “WiFi 6.” Going forward, the alliance will be using a conventional version numbering scheme that should make everyone’s lives easier.

Even better, they’re retroactively changing the names of all previous WiFi versions too, so it will be faster and easier to identify exactly what you’re working with.

Here are the old/new version names, as a handy reference:

The next standard to be released was originally to be named 802.11ax, but again, per the Wi-Fi Alliance, will be rebranded as simply WiFi 6. This will make it much easier for users to not only identify exactly which version they’re using, but also to keep their devices up to date.

In addition to that, the Wi-Fi Alliance has created a series of images that manufacturers can use on their products to provide an easily understood symbol with the WiFi version number the device is running.  This will allow users to make better purchasing decisions when it’s time to buy new equipment.

User groups and manufacturers alike have signaled their strong support of the change, and it’s seen by an overwhelming majority as being a very good change on a variety of fronts.  Kudos to the Wi-Fi Alliance Group for taking the step, and making all of our lives easier.