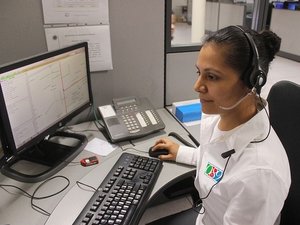 Google is making a small but pivotal change as it relates to calls placed to 911 operators.  Having recently finalized a complex partnership with RapidSOS and West (two emergency technology companies) and T-Mobile, Google will now send location data from its “Emergency Location Service” when an Android user places a 911 call.

If the caller is a T-Mobile customer, the information will be passed along via the carrier. Where 911 call centers use RapidSOS, Google will send the location data via the technology company.  In the US Virgin Islands, Google has made the same arrangement with the Emergency Tech company, West.

While the announcement may raise some surprised eyebrows, the change has been in the works for more than a year. Google has spent much of that time testing.  Their findings were that the location data Google sent over was more accurate and arrived more quickly than the data the 911 call centers had been getting previously.

Not to be outdone, Apple announced in June of this year that it was developing a similar service for iOS users, and that beginning with iOS 12, Apple devices would automatically send location data to emergency call centers when users dial 911.

Even privacy advocates agree that this is generally a good move, and it’s one of the growing number of instances where smart use of technology can save lives.  Anything we can do to give our nation’s emergency call centers an edge is an important change. Currently, those call centers take an average of 140,000 calls a day, so this is by no means a trivial issue.

Kudos to both Google and Apple for taking bold action on this issue.  While we may not like the idea of having our location data shared, in this particular instance, it certainly seems like a smart play.